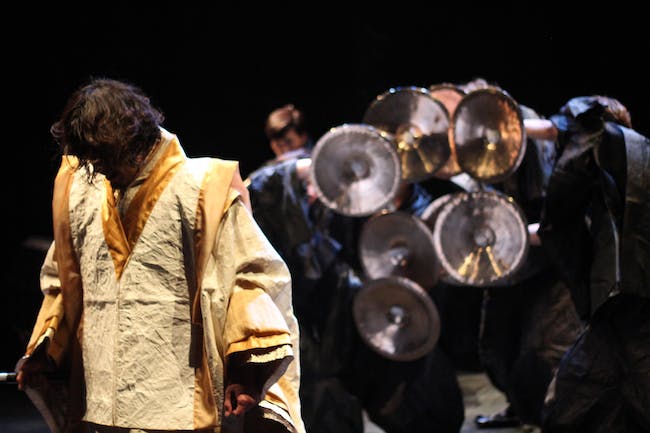 Pound it, Macbeth! (South Korea) by HAEBOMA. Pound it, Macbeth based on the story of Shakespeare's Macbeth with traditional Korean martial arts, drum sound that goes from the beginning to the end the play. HAEBOMA's slogan is the fusion of tradition and modernity and the globalization of korean theatre. HAEBOMA always wants to seek and explore human nature and go deep into stories that people can relate to. We did also remarkable international tours,2017, Africa tour in Angola and Cameroon2016, Festival d'Avignon OFF. 2014-2015, Youth Theartre in UzbekistanThe company's representative work is 'Pound it, Macbeth!'.Based on the story of Shakespeare's Macbeth, we focused on the desire that comes from deep inside of human. HAEBOMA's producer Jongsik KIM. He is member of KAPAP(Korea Association of Performing Arts Producers), and led all the production of company's performance.Those plays are his remarkable works: Pound iMacbT heOrophan of Zhao and others.