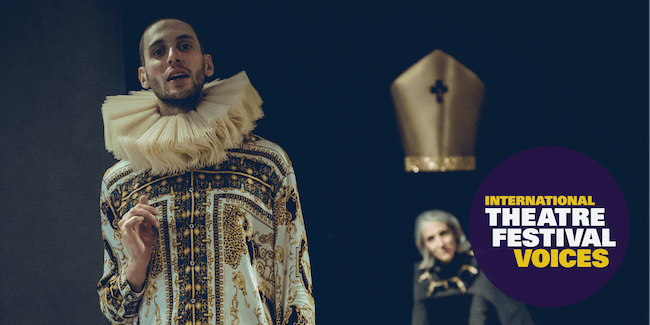 JCTC presents The Truth directed by Piotr Borowski and performed by Studium Teatralne, is a performance about the absence of the sacred, the lack of metaphysics and truth; it exposes life devoid of any mystery, where there is no feeling for life’s meaning and purpose. The protagonist of this play is someone who does not appear on the stage, and the stage itself is taken by the striving for knowledge, for a new creation, as well as by aggression, the survival instinct, envy, insatiability and usurpation that claims a monopoly on the truth. The performance draws from the original texts of the ecumenical councils as well as from the text of the Grand Inquisitor from Dostoyevsky's “Brothers Karamazov”.

The Rehearsal for Truth theater festival honoring Vaclav Havel provides a platform for artists from the Central Europe to perform in New York City. The Rehearsal for Truth is organized by Vaclav Havel Library Foundation and BBLA, in partnership with Czech, Hungarian, Polish and Slovak cultural institutes and performing arts institutions to highlight Havel’s legacy as a playwright through live performances, panel discussions, exhibitions and an award ceremony.