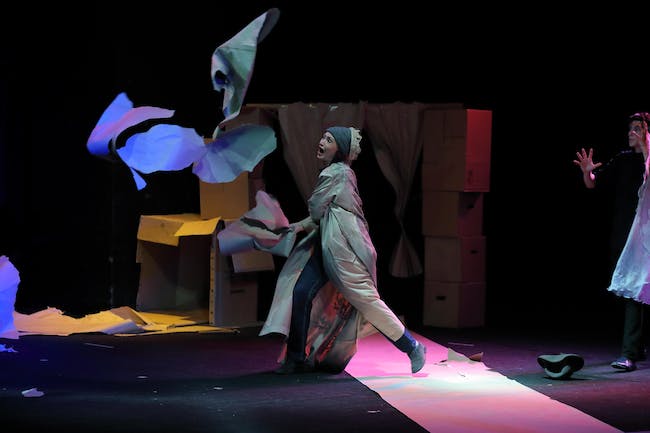 Two lonely refugees, two former famous actors, find themselves on the street of an others' country and anothers' city. Their main wealth is their roles of King Lear and Fool, which they are trying to play for spectators on the street in front of the entrance to the local theater. The great tragedy of Shakespeare and the great tragedy of modernity have come together on this small and "absurd" street stage. A crowded city and a voice crying in the desert.

A young Israeli author, a student at Columbia University, Didi Tal was able to touch a huge theme in a small “absurdist” story and touch hearts.

“Vox In Deserto" - in Latin "Voice in the Desert". It’s a well-known expression from the Torah - "The voice of one crying out in the desert," which has become a symbol of a desperate call of a man whom no one either can or doesn’t want to hear.

With support of Embassy of Israel in Republic of Uzbekistan